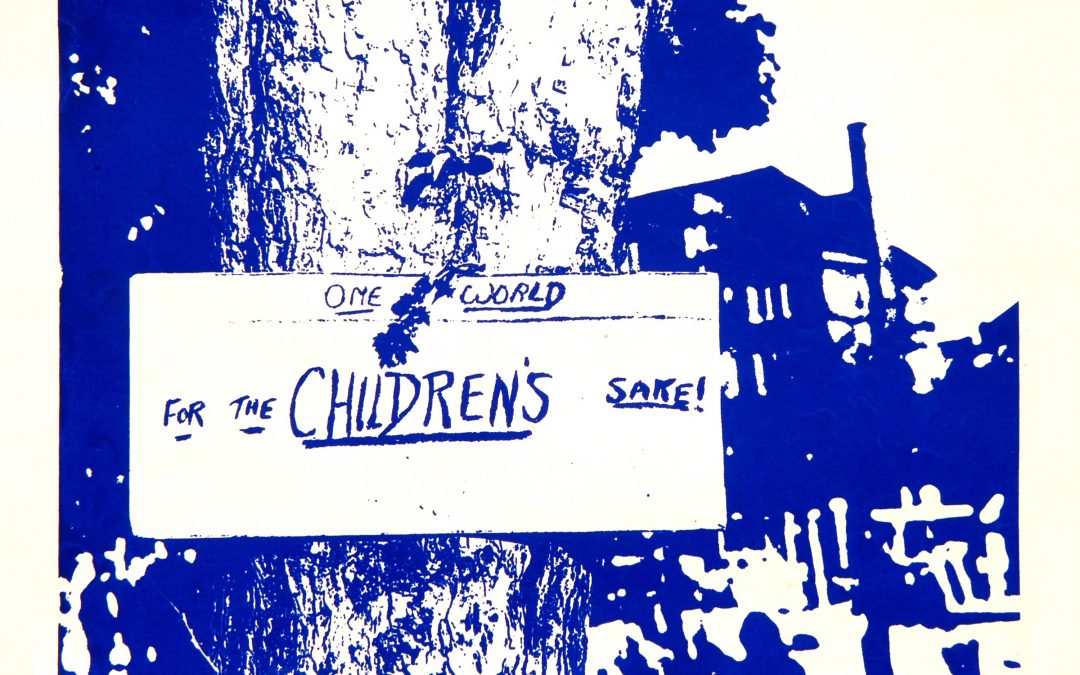 Before the era of the personal computer and the Internet, social protest movements sought a creative low-cost medium for carrying their messages to the public. On college campuses, silkscreen printing was done painstakingly by hand, often on the back of long fan-folding computer printouts. The effort proved worthwhile, for it provided an effective low-cost means of replicating striking color artwork in large format in hundreds of copies.

These nine creative works by students at the University of California at Santa Cruz depict a range of opposition to the Vietnam war, including the military draft and state repression.

Some posters were produced to mobilize people to attend antiwar events, such as a multi-media show at the Quarry Amphitheater at U.C. Santa Cruz or local events of the National Draft Card Turn-in of 1970.

One factor in this medium of art was the almost limitless abundance of free large-format paper. Computing was concentrated at a single centralized computer center on each campus. The giant noisy chain-drive printers of the day spewed out continuous streams of edge-perforated fan-fold computer paper – 11 inches × 15 inches per page. Two pages were usually enough for a poster readable from a distance. The black ink on most pages was sometimes faded and frequently sparse, providing a nearly blank space for deep-colored artwork. In any case, most posters were printed on the backside of the paper, which had no printing at all.

Posted on walls and bulletin boards, the posters were collected mostly after the events that they publicized were past, or after they had been displayed for a period of time, or been discarded. I collected the posters while I was an undergraduate student at Crown College (1968-1971). I curated The Art of Protest for an exhibition at the recent 50th anniversary events at Cowell College and Merrill College, throughout Northern California, and now at the Crown College 50th reunion of the classes of ’68-’72.

The larger initial collection of wood-framed posters, mostly from a great poster-making workshop held in Wurster Hall at U.C. Berkeley, was publicly unveiled at the San José Peace and Justice Center during its Fiftieth Anniversary Celebration on November 20, 2007. The original frames were fabricated out of wood recycled from deconstructed homes by workers at Whole House Building Supply, then in East Palo Alto, which kindly donated the materials and labor.

These posters are part of a larger collection of currently over 60 original silkscreen posters by artists in the San Francisco Bay Area from 1969 until the present. New posters continue to be added to the collection. The entire collection is available for public exhibitions.