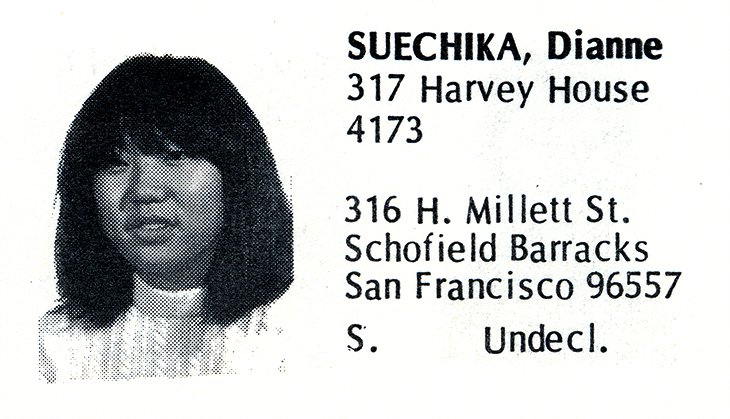 I was a military brat and unlikely candidate to have ended up in Santa Cruz in 1967. I was one of 79 graduating seniors at a high school on an Air Force base in Tokyo. My father was a career Army officer but neither of my parents knew anything about colleges in the States. Several of my friends went to Berkeley on ROTC scholarships. . .imagine that! Most quickly turned them down and went on to join in protests. We did have a wonderful high school counselor who spent her summers touring colleges since we were stuck overseas. She brought back the tiny pamphlet that was the UCSC catalog and encouraged me to apply. I had been an academic big fish in a small pond with little effort so it was jarring and frightening to find myself in the midst of so many valedictorians and high achievers. After orientation meetings, I thought perhaps the admissions office had made a mistake. I’m glad my advisor, the wonderful Peter Euben, convinced me that I could succeed and with his continued encouragement I relaxed and found my support group, many who remain my friends to this day. UCSC freed me to find out who I was, undefined by my father’s rank. I look forward to reconnecting in April and appreciate all the work that has gone into making all of this happen.