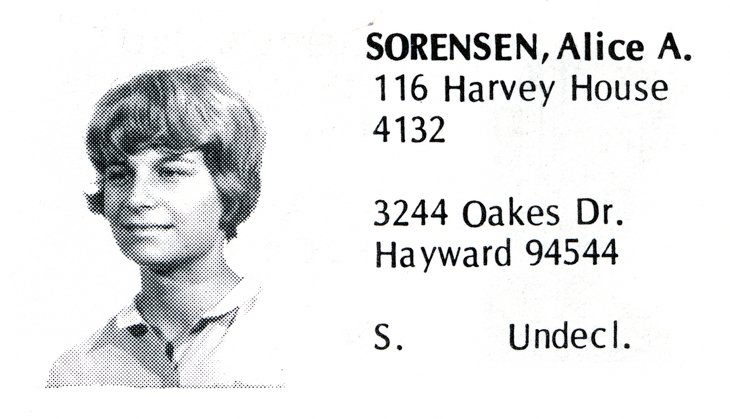 How I Chose Crown College

When it came time to pick a college, the University of California campuses already loomed large. I was a fourth-generation Californian and my father had gone to Berkeley. I briefly considered Stanford and universities in other states, but there really was no contest. But choosing which campus was a bit tougher. We had to prioritize a choice of three campuses. Uniquely, the school I was applying from was a small international boarding school in Ibadan, Nigeria with 250 pupils scattered through first through upper sixth forms (the British equivalence of 7th grade through sophomore in college). I had been in Nigeria for almost three years with my family.

A site visit of UC campuses prior to choosing was a no-go. I knew Berkeley, UC Davis, and UCSB but didn’t know the other campuses. I figured adjusting to a big campus when coming from a graduating class of six might be a bit of a challenge so that knocked most off of the top spot. The four attributes that sold me on UCSC were: 1) small campuses (only 4 colleges at that point, fewer than 2,000 students); 2) CROWN – you mean I could attend a science college? — seemed perfect for someone who started collecting bugs at age; 3) a university experience modeled after Oxford (had already done prep time in the English boarding school) and 4) the Redwoods. I ended up listing UCSC as number one and I figure the postmark from Nigeria tipped me over the acceptance edge.

One other lasting memory. We came back from Nigeria the summer before I entered Crown. We still had our house in Danville, California but my parents had temporarily moved to Cambridge, Massachusetts so my father could complete a Ph.D. at Harvard. My grandparents lived in Solvang (near Santa Barbara) so they dropped me off at Crown. The college was still under construction with planks over mud for sidewalks. My grandmother took one look and burst into tears. My grandfather told me later that she cried all the way back to Solvang.