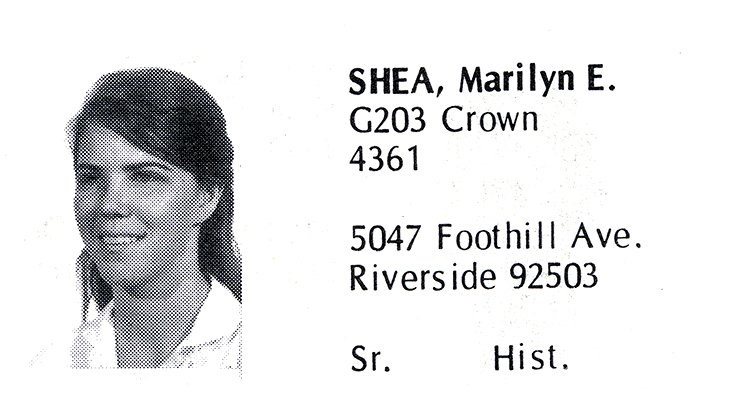 While going to junior college, I was fortunate to have a part-time reporting job with the Riverside Press-Enterprise, a newspaper that won the Pulitzer Prize for Meritorious Public Service in 1968. Then there was only one woman who held a hard news reporting position; needless to say, I admired her enormously. She had graduated from Reed College in 1954. I was the first in my family to contemplate attending a four-year college, so I sought her advice about whether Reed might be a good fit for me. Her response: “When I attended Reed, the nicest thing anyone might say about you is ‘smart, but a bastard’.”  She then allowed as how I might not meet one of the two tines of that description—she didn’t say which one. She then suggested that I check out this new UC campus at Santa Cruz that was experimenting with adapting the collegiate structure to a public university–a first in the U.S. I visited the campus on a Saturday when it was shrouded in fog and felt its embrace. From the first day I arrived as a transferring junior, Crown was populated with newly arriving faculty whose commitment to the collegiate experiment was profound and who delivered on the promise of a true intellectual community. So what brought me to Crown was largely dumb, massive luck.

Footnote: in 1970 I married a Reed grad, Gary Stonum; we’ll celebrate our 50th anniversary in August–no comment about whether he satisfies both tines, but he did go on to be a literature professor at Case Western Reserve University, where over his 40+ years on the faculty, he did develop a reputation as an academic hardass.