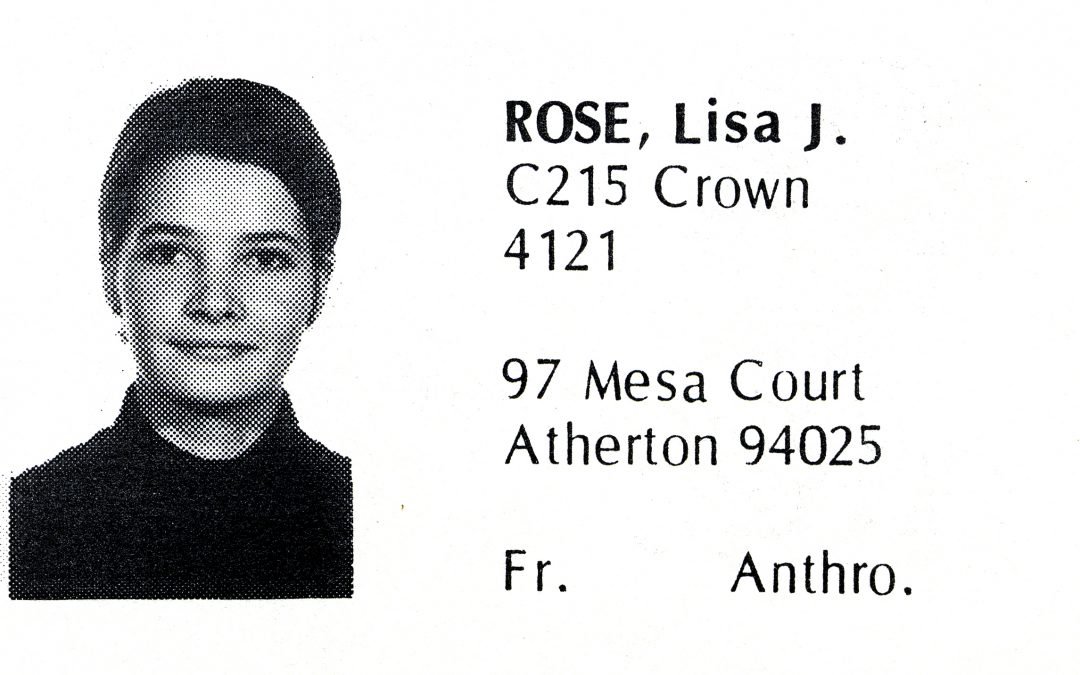 In the summer of 1967 between my junior and senior years in high school, I attended the NSF Summer Science Training Program in Field Ecology at the Foresta Institute in Nevada. In those days, the word “ecology” wasn’t part of the vernacular. But my father involved me in ecology programs at the local community college. The summer experience in Nevada, where I worked my tail off without the incentive of grades, turned my college hunting towards a pass/fail experience.

Later that summer, Dad and I drove to the UCSC campus to take a first look. We entered a campus unlike any I’d ever seen. It certainly didn’t look like Stanford. As we drove through fields of grass, I was filled with trepidation. What was going on here? But the combination of nature, pass/fail, and the freshness of this new idea grabbed my attention, and never let go.

During my four years, I was not an intellectual giant. I recall several classes that really moved me but in what direction, I’m not sure. The one thing that stuck with me to this day is photography with real cameras. I arrived at Crown College with a 35mm SLR given to me by my parents as a high school graduation gift.

I don’t recall how it all started, but I became friends with Henry Chu and Michael Broschat. In my eyes, they were giants in the field of B&W photography. Henry taught me everything I needed to know about photography and the mysterious processes of the darkroom. My life was changed forever. Lucky me, the darkroom was in the basement of Harvey House, my dorm.

We made pictures all over the campus and beyond. Most of the images in this website were made by six of us: Henry Chu, Michael Broschat, Shira Tokuno Broschat, Larry Cohn, Paul Shaffer, and me. In 2002, in preparation for a Crown anniversary, I contacted the five of them asking for scans of their ten favorite photos of Crown College. Well, I guess Crown alumni don’t know how to follow directions because they sent hundreds of images. It turned into the goldmine that keeps on giving. I’ve returned to this trove many times over the last 20 years. First in 2002 to create six vinyl banners portraying facets of Crown College life in the early years. Next in 2017 when I launched the Crown College Alumni Facebook page with the aim of enticing our cohort to the 50th anniversary of the opening of Crown College. Then in 2018 to honor Henry Chu’s major contribution to the rehabilitation of the Crown College Library. Then again in 2019 to create the Crown College Photo Book: The Early Years that will be distributed at the upcoming 50th reunion. And most recently to fill this website with lots of memories of our formative years at Crown.

I’m grateful for the treasure Henry, Michael, Shira, Larry, and Paul have bestowed on me. There is something about returning to these images of us in our youth, starting out fresh, with high hopes, that is so poignant.

Beautiful photographic images still make my heart sing. I had a home darkroom for many years. Now I’ve gone digital but still using an equivalent of a 35mm film camera with a real lens that you need to hold in two hands! Some of the thrill is gone, but I keep doing it. It’s the part of who I am that comes straight from Crown College.

I went on to have many adventures but remained in Santa Cruz for all but three years in the ‘70s when I lived in New Zealand. I returned to UCSC as an employee in 1993, retired in 2010, and am still living in Santa Cruz. In 2016, I was swept up by the excitement of the 50th anniversary of Crown College where I reunited with many of my old buddies. There I met Crown Provost Manel Camps, a prince of a man, and several current Crown students. I now serve on the Crown Provost Advisory Committee where we work closely with Manel to improve the living and study conditions for students and to increase alumni involvement in the Crown College community.