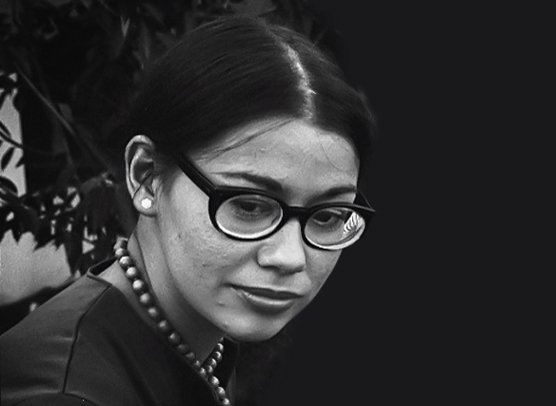 Capturing the essence of a person and their experiences in a few paragraphs is nearly impossible. But when your subject is a gifted poet and wordsmith whose empathy, love of nature, enthusiasm for life, and kindness touched everyone around her, it really is an impossible task. I met Glory just before we started at Crown College. She grew up in the Central Valley and a relative of mine introduced us. We just clicked and knowing someone on the first day was a significant bond. We were close friends from that point on. I left California in 1977 but Glory stayed and ended up in Santa Barbara. She was a skilled paralegal and loved the law. She was also passionate about her hobbies: raising and breeding extensive colonies of budgies and other small songbirds and writing poetry that soared and dipped and translated nature and the real world into something that shimmered on the page. The poem that surrounds and embraces the photos in the 1968 Crown College Essay is pure Glorianna Ferreira.

Her gift for finding the words that made the world around her a place of wonder was undeniable and enriched all of us who knew her. She made the small moments in her life add up to a life well-lived. A snippet of her observations in her own words glows with her reverence:

“The rarest bird sighting of my life was in 1980 while living in an apartment complex for married UCSB students and their families. First came a glance out the sliding glass door and the sight of hundreds of angry crows swooping in. It looked like the sky turned black for a few moments. The Corvids, whom I understand are among the most intelligent of birds, were filling the sky with their deafening chorus. Later, when I saw for the first time some of the scenes from Hitchcock’s The Birds when they were flying in and surrounding the town, the hairs on the back of my neck quivered. The Crow Army was trying to flush out one of their enemies, a raptor. I stepped outside and looked up into a high shade tree that made a leafy canopy over our two-story building. Something moved and a flash of glittering copper caught my eye. It was a Golden Eagle, sitting perfectly still like a statue high up on a branch. I ran inside to grab a camera. When I stepped back outside, the bird was gone and the crows were chasing it towards the ocean. I called the Museum of Natural History and described the bird to a staff member in charge of the Avian Room.  He said it was a rare sighting and that its species rarely ventured out from their high territories into a populated area. That sight is an unforgettable memory, and that bird has appeared from time to time in my dreams.”

She was intent on making it to the 50th Crown College Reunion.  I know she will be there in spirit.