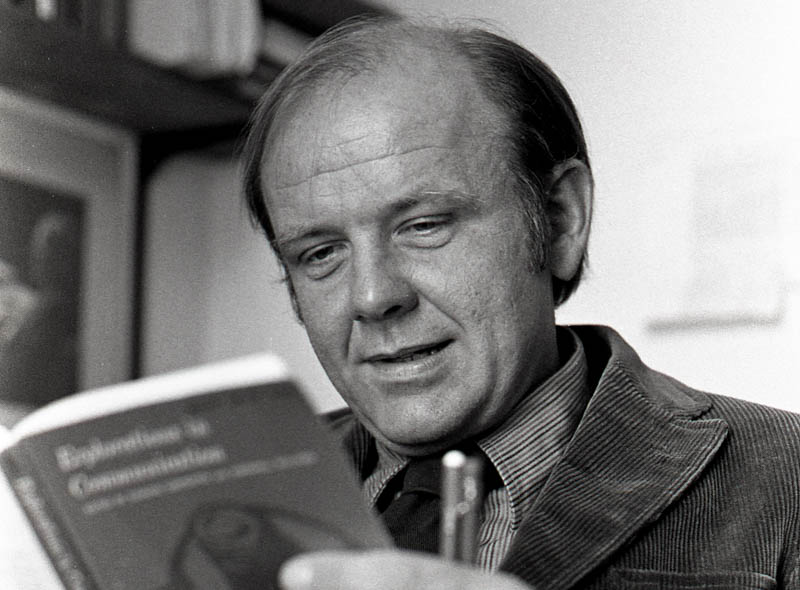 I must have been the first person recruited by Kenneth Thimann to teach at Crown.

I was teaching a seminar at Radcliffe, and he was the House Master. I read about his appointment in the NY Times, called him, went over for tea, and it was a done deal.

I went to UCSC a year before Crown opened, because Page Smith invited me to Cowell, where I should have stayed.

The Core Course at Crown particularly interested me: Kuhn’s The Structure of Scientific Revolutions. I wish I could do it again. Having taught at MIT after Harvard, I knew about science and technology, even though as a humanities professor I was hired to put frosting on the nerds and give them something to say at cocktail parties to which they would never be invited.

Kuhn was a prime example of a Physicalist historian of science and the revolution was the Physicalist overthrow of Vitalism, which as historical cases of the theme he never mentions in his formalistic account where the revolutionary overthrow is assumed. His sponsor was the Logical Positivist school, also known as the Vienna Circle, responsible for the philosophy of Physicalism, and, by the way, the elimination of metaphysics, of which Vitalism was a prime example. Wittgenstein, a one-time member of the school, was famous for saying that philosophy is the disease of which it should be the cure. He meant them.

I wish I knew then what I know now, having spent fifty years exposing Kuhn and despising the Physicalist reduction of what counts for knowledge.

It was the Chadwick Garden that gave me my orientation in the tradition of Goethe and Steiner against Galileo and Newton. Chadwick was the defense of organic nature and against the reduction to matter as all that matters.

I trace all this in my book: There Is A Garden In the MInd, so no need to go into it here. If I was asked to give a very brief summary at the reunion to close the deal on Kuhn, the title would be: “Science (Physicalist scientism) Is Evil.”

Crown did me in. I think there were two faculty members who supported me for tenure. I made a career mistake when McHenry asked me to organize religious studies as a major. The response of the science faculty at Crown didn’t occur to me until the vote.

Oh well, Page Smith, who resigned in protest, saying “any place that doesn’t have room for Paul Lee, doesn’t have room for me,” thanked me for ‘springing’ him, meaning affording an exodus from institutional bondage. It freed us up for a whole new life of civic involvement, a remarkable adventure in nonprofit service far more satisfying than had I remained at UCSC and further participated in killing the spirit.