Why Kenneth Thimann Came to UCSC 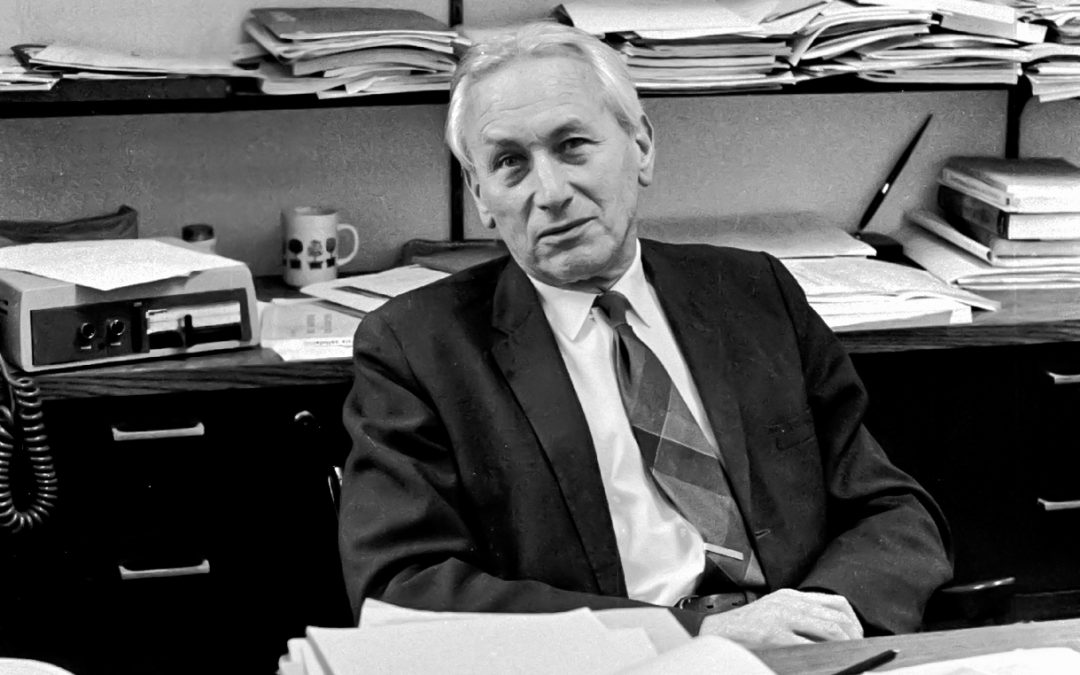 I’ve always thought that it is very important for students and faculty to have close relations…Well, somehow, Dean [McHenry] or Page Smith heard of this and so they came to see me. They had been looking for scientists to help start their programs at UCSC. They saw me as a scientist who was interested in undergraduates.

So they came [to Harvard] and told me about Santa Cruz and their ideas of the collegiate structure. I was very interested. I had been at Harvard for almost thirty years. It seemed to me that it would be interesting to try another activity. So I listened with considerable interest and later on we were in correspondence.

Finally, I said I’d at least come and look at the place. So Dean arranged for me to visit. He drove me down to the campus, which was under construction with big holes in the ground–an enormous hole for the library and the beginnings of this building–Natural Sciences I–and I must say I liked it.

We drove around and I stayed with Dean in his house that was on Pasatiempo Drive–I guess that was a temporary place for him. All in all I got a favorable impression, so finally I said I would consider it.

Then we had correspondence with Clark Kerr who was president of the University and he finally offered me a job. So I took what they called early retirement at Harvard–anytime after 60 you’re free to retire and you’re on the pension list. I was 60, going on 61. So then I did retire from Harvard and everybody was scandalized because no one leaves Harvard…But I felt the need for a change.”