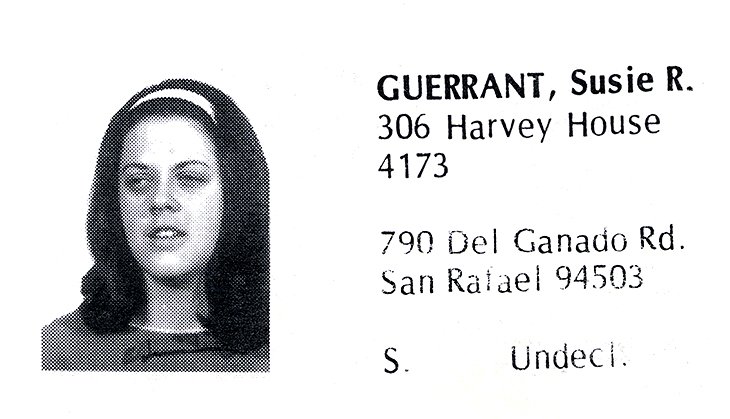 I’m not sure you’d really like to know about how I got to UCSC. I really was dumb as a bucket of rocks on the subject of college choice. I wanted to go to an East Coast school. Dad nixed that. I liked Berkeley. My mother nixed that (Mario Savio had made a very unfavorable impression on her.) Then I thought Santa Barbara seemed nice. Nope, Dad was aware of the rate of STDs on the Campus. There was a distinct problem having a father that taught at UCSF. Dad pushed Santa Cruz as the best choice for me and promised I could transfer to Berkeley my junior year if I wanted to. Plus he let me apply for and accept a space in the Experiment in International Living in Germany for the Summer. That sealed the deal.

In retrospect, my dad had his agenda. He loved Santa Cruz and thought his naive, highly competitive daughter would mellow out and grow up in a safe environment at Santa Cruz. And if the proverbial stuff hit the fan, he could get to the campus in an hour from SF to fix the problem.

It worked out fine, but it is not one of those darling stories the provost would just love to post. Still, there were definitely Professors that impacted my life and friends that are still hanging about. I’d do it again in a heartbeat.