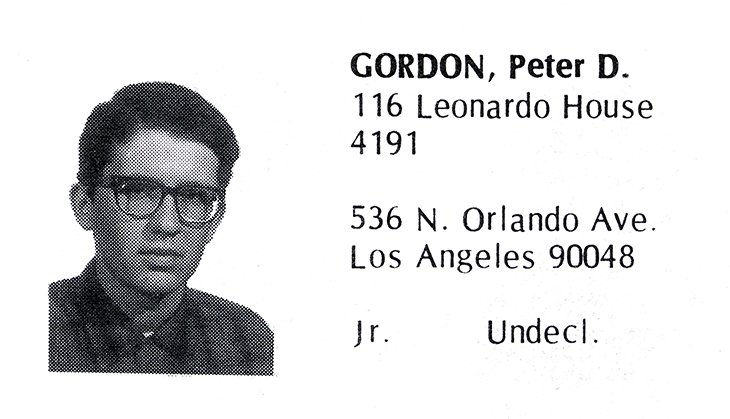 I was a lonely boy at the USC School of Architecture, the sole member of SDS, being vehemently against the Vietnamese war. A high-school friend told me about UCSC and Mike Kagen and I went up for a visit. We instantly fell in love with the pioneer spirit and both transferred.

Over the 4-years, the beauty of the campus took second seat for me against the possibilities for studies and the life of the mind. There was a moment there when UCSC had the trifecta of the most influential New Age thinkers of that time with us, including, Marshall McLuhan, Norman O. Brown, and Herbert Marcuse. Several of the departments were radical: the philosophy department, under Maurice Nathanson, was existentialist. It probably was the only department with that orientation in the whole country. In economics, I took a class on Marx’s Das Kapital in a class of 8 with a professor whose name I have lost.

I remember fondly Harry Berger Jr.: when he lost tenure at Yale, there was a demonstration and a documentary film about its unfairness. He started the History of Consciousness program on the graduate level. He let me audit several of his classes. Let’s not forget Paul Lee, who had been involved with Timothy Leary and Ram Dass at Harvard experimenting with psychedelics; he led the History of Religion department.

There was a cartwheel of intellectual possibilities. I will always remember the exquisitely brilliant Tim McDaniel of Maxwell House. Lastly, but not least, the poetry class I took with Norman O. Brown in a green spot along the ravine south of campus.

UCSC was a wonderful, challenging place of ideas and insights to last a lifetime.