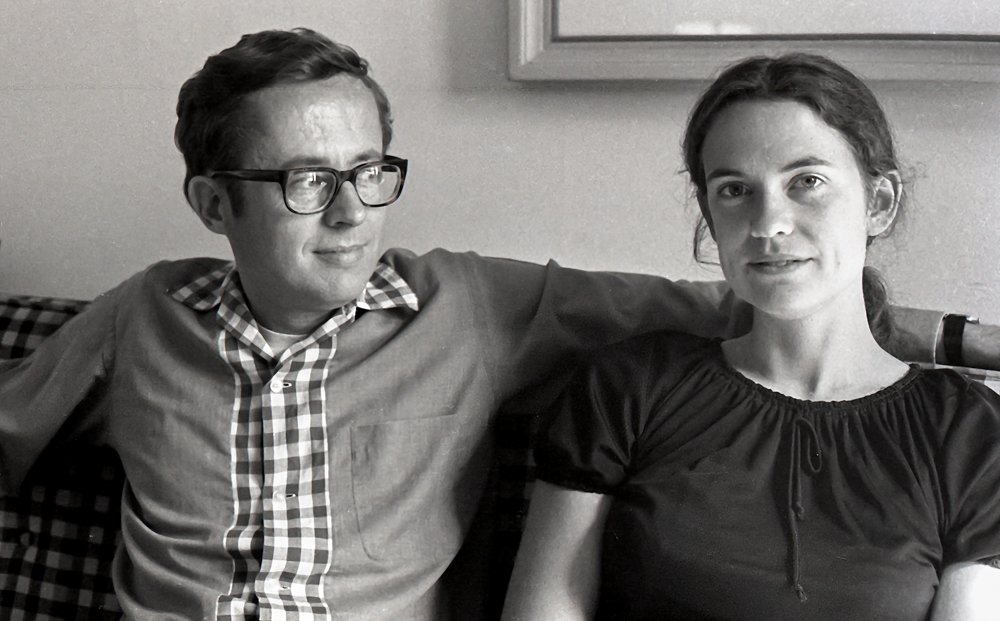 One of the most positive events in my whole 88 years of living was joining the faculty of UCSC’s Crown College, and living in Crown’s dorm Rutherford House with my wife, Jean, for Crown’s first five years. I was a professor of mathematical chemistry, but there’s more to life than writing papers on mathematical chemistry. There are people. And UCSC is where I could work with both. Perfect timing. I had just discovered cognitive behavioral psychotherapy as the basis of counseling. And I loved it. And if I wanted to teach both, UCSC was paradise. And it was the only place I knew of where a professor could teach both. Chemistry was sponsored by the chemistry department and human interactions by the colleges.

When we first arrived at our dorm and had not yet entered it, we met Betty Roberto, our resident assistant, a person with whom we still are friends. And there were so many people we loved getting to know. We ate lunch and dinner at the dining hall with other faculty and students. We hosted students every Sunday morning eating Jeanie’s baking in our apartment. Every fall, at the start of the year, I gave a sex lecture in our dorm open to anyone who knew about it.

I started up quite a few new courses: For example, Chem 137, Teaching Science in the University, in which each student was teaching a study group from the general chemistry course that I was simultaneously teaching. Also there were other courses that I invented: Phenomenon of Man, Personal Empowerment, and Solving Problems. The students in them had considerable responsibility, pushing through habits that they had considered were “just the way I am.” They got to see themselves and others push through countless barriers to growth.

Jeanie and I were a team all five years we lived in the dorm. At the end of the first year, Crown held a Saturday evening dinner in the provost’s house for the faculty who had pulled together to make it through the year. We ate very late, but all the time before that we stood around talking in the main room. Somebody came by every 20 minutes or so and plied us with wine. Our faculty back then included several wine-makers. I got drunk, for the first (and last) time in my life. After we ate dessert, I staggered up the hill to our dorm and went upstairs to bed.

And finally, perhaps most important of all, was my participation in the events going on in our dorm and the campus, and the effects on the students. Love, respect, generosity – this kind of issue that means so much to individuals, groups, and the planet. I have been deeply blessed by being, with my wife Jeanie, a participant in these folks’ lives. We are blessed.

Being Preceptors at Crown in the Early Years

Frank and I drove across country in our little WW square back to arrive at Crown in September of 1967. I had never been west of the Rockies and I didn‘t know anything about California. But I had done my homework: I looked up on the map where San Francisco was and where Los Angeles was and where the Sierras were. We crossed the Sierras in the dark, so I didn‘t get to see them, and the Golden Gate was fogged in so I didn‘t get to see that either. I wasn‘t very eager to move to California anyway. In September it looked so dry, I couldn‘t see why anyone thought it was beautiful.

At 22, I had been out of college for one year and, as circumstances would have it, I had never lived in a dorm. Now we were going to be dorm parents (preceptors) and I didn‘t have any idea how to do that. We found our way up to our apartment about two days before the students

arrived. There were wooden planks across the ditches in front of our front door. Someone met us, I can‘t now remember who, and soon our RA showed up. It was Betty. Betty is our dear friend to this day.

The students arrived, all excited and scared and glad to be free at last and still homesick. They had roommates they didn‘t know and a whole new routine in an entirely new college. The air trembled with an unknown future. There were parents and cars and bedding and belongings and last minute hugs to the family dog and shy greetings to new people. UCSC was only 2 years old and still deciding on its policies. Crown was absolutely brand new so its identity was being formed in the moment. Traditions and rules and policies were being established and clarified in those first few weeks.

There were preceptors‘ meetings. I remember thinking how much Max Levin looked like a psychologist in his tweed jacket and pipe. My dad was a psychologist too, but he didn‘t look like that. We had those meetings in one of the first floor Crown classrooms and all the students knew we were meeting there. We discussed policies and rehearsed situations that might come up. Like...what if we found pot in the dorm. I was worried. I asked Dr. Levin what I was supposed to do when I didn‘t know what pot looked like or smelled like. Dr. Levin looked uncomfortable. After a moment he said he would get the campus police to come to the next meeting and show us. Sure enough, at the next meeting, a campus police officer arrived with some confiscated pot and a bulb aspirator. He cranked open the window and lit up a joint in the bulb aspirator and pointed it out the window. The students passing by on the sidewalk next to the open window, smelled the pot smoke, and stared in as if they were wondering what kind of meeting we were having in there!

We were in what became Rutherford House and it was full of wonderful girls. We tried to be available to the students and the students were good to us. Eventually, we instituted Sunday morning open houses for our dorm. Some of the girls never came and others brought friends or boyfriends. I started baking on Thursdays. I would make 2 kinds of yeast bread, some kind of quick bread, like banana bread, and some kind of fancy sweet rolls. Frank made the coffee because I hate coffee. It was wonderful; the students draped over the couches and chairs and spilled out onto our little deck, chatting and laughing. I remember one guy who loved the cinnamon bread and he came every week and sliced a nice thick slice and burned it in the toaster! So he would throw that away and try again. I was always a little miffed that he so consistently burned my bread. But he became a good friend and all was well. Those Sunday morning open houses were a highlight of our years as preceptors.

It was isolated on the campus in those days. Students were not allowed to have cars on campus and there were no city buses, so we preceptors had to help out with trips to town or occasional emergency trips to the hospital. I knew nothing about the town of Santa Cruz. My entire life was on campus, actually, just Crown College––this tiny community with our few students, fewer faculty, some loyal staff.

Dr. and Mrs. Thimann lived in the provost‘s house. It was a beautiful house with beautiful furnishings. Mrs. Thimann wove the fabric for the dining chair seats herself. Mrs. Thimann was an amazing woman and I admired her greatly. She was cheerful and talented and a good conversationalist. In my young eyes, she stood out as an educated, cultured, interesting, effective woman. I wanted to be like her.

We ate most of our meals in the dining hall where we had wonderful conversations with students and faculty. I remember lingering over empty plates chatting with people, hearing their stories, learning about their lives. I remember Don Wegant‘s kind face, George Baer‘s laugh, Ed Landsman‘s quiet smile, clusters of students talking together. The dining hall was a center of many gatherings– of Friday night steak nights and Sunday night sundae nights, college nights, dances, concerts.

I was bewildered by the weather in Santa Cruz. It wasn‘t at all what I was used to. I couldn‘t understand why it didn‘t rain except in the winter and why it wasn‘t hot in the summer. I felt lost, and it was apparent that I needed to know more about this place that was so foreign to me. Sol sat in on Ray Collett‘s California geography class. That helped enormously. Ray‘s beautiful slides of California introduced me to the many faces of this state and helped me feel more at home. I still remember my astonishment at seeing his stunning photos of tiger lilies growing in the wild here in California where they are native.

Even though we were supposed to enforce the rules, it seemed that our main role as preceptors was to actually listen to the girls and to use our common sense. “How do I get this soot out of my favorite shirt?” “May I make a cake in your kitchen?” “My roommate is crying, can you come talk to her?” I always kept a stash of chocolate chip cookies to hand out when needed. It seemed that chocolate chip cookies were a universal comfort food. Craig ate his fair share of cookies, often leaving with a handful to take along. When he graduated, he presented us with epoxy bookends he had made each of which encased one of my cookies!

It‘s hard to know how much to say here. I have so many wonderful, funny, touching memories, as I‘m sure most of you do. I guess I just want to say thanks to the whole Crown community for those beginning years, for the creative, lively bunch that you were (and hopefully still are!), and for the great friendships, some of which still endure. (And many thanks to Su Nerton for coaxing us to actually get it together to write down our memories and share them here.)