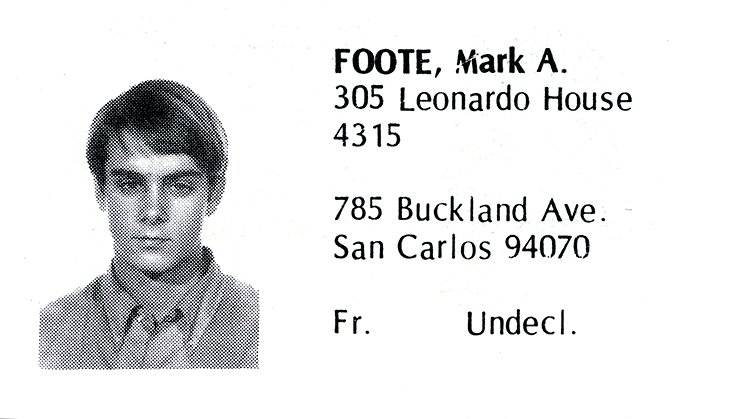 In the summer of 1967, I went to Oregon State at Corvalis for a math-intensive for high school students. There, I learned about Godel’s incompleteness theorems, which fascinated me.

I think I was admitted to Crown College because I had good marks in mathematics from high school and because I put down on the application form that I wanted to major in philosophy and religion. I’m thinking they were looking for a balance, in the college dedicated to the sciences. When I got to Crown, I realized that philosophy, as taught at UCSC (and probably everywhere else), didn’t interest me, and the idea of a common core to the world’s religions was dead on arrival as far as the religious studies department was concerned.

To my surprise, Godel’s incompleteness theorems were similarly dead on arrival as far as the mathematics department was concerned. I was advised that the theorems were covered in the first year philosophy curriculum, and I could pursue them there if I wanted.

By my senior year at Crown College, I had picked up a book with a set-theoretic approach to the theorems, which I completed on my own. Also in my senior year, I expressed misgivings about proof by induction to my Crown College advisor, who was a member of the mathematics faculty—he harangued me on having doubts about such a fundamental pillar of mathematics. Years later I would write to him about concerns similar to mine expressed under the topic of mathematics in the Encyclopedia Britannica, and he would write back that I should look into intuitionist mathematics.

Now we have this:

“Over the past year, the Swiss physicist Nicolas Gisin has published four papers that attempt to dispel the fog surrounding time in physics. As Gisin sees it, the problem all along has been mathematical. Gisin argues that time in general and the time we call the present are easily expressed in a century-old mathematical language called intuitionist mathematics, which rejects the existence of numbers with infinitely many digits. When intuitionist math is used to describe the evolution of physical systems, it makes clear, according to Gisin, that “time really passes and new information is created.” Moreover, with this formalism, the strict determinism implied by Einstein’s equations gives way to a quantum-like unpredictability. If numbers are finite and limited in their precision, then nature itself is inherently imprecise, and thus unpredictable.

… many of those who have engaged with (Gisin’s) arguments think they could potentially bridge the conceptual divide between the determinism of general relativity and the inherent randomness at the quantum scale.”

Perhaps I made a mistake in applying to UCSC. I’m not sure where I would be today if I had chosen a college that actually valued the things I wanted to study, but I was totally unprepared to discover that UCSC did not. That’s not to say that there weren’t some very talented teachers at UCSC, teachers who loved their subjects and conveyed that love in their classrooms.

As to the common core of the world’s religious teachings, I still believe such a core exists, mostly around the manner of prayer. I write on the subject, as a form of note-taking, and anyone who is interested can read what I have to say in “A Natural Mindfulness.”

I’ve been lucky enough to do a lot of things professionally, but I have continued throughout to pursue my interests. My confidence in my ability to do so, I perhaps owe in part to my experience in pursuing my interests even as I was discouraged from doing so at UCSC.