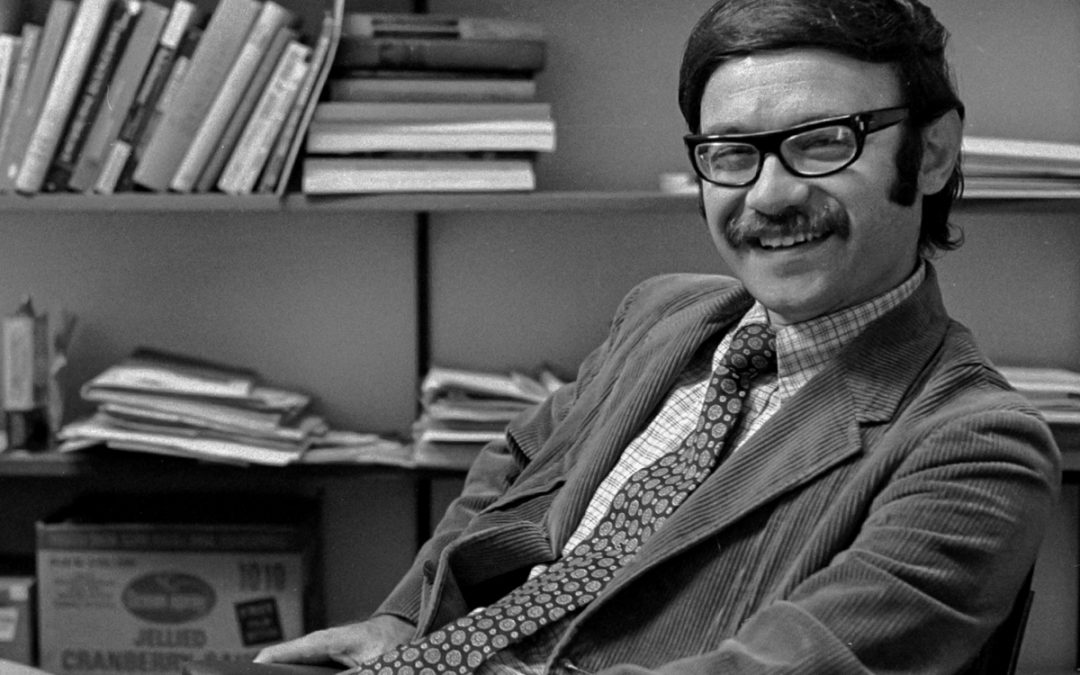 In 1965, the year UCSC began, I obtained my Ph.D. in mathematics at UCLA.  I was invited to remain at UCLA as a Visiting Assistant Professor for the 1965-66 academic year.  While at UCLA that year, I was offered a position at Bell Laboratories (a major research institution) and I was approached by several universities around the country. However, I was aware of the Kerr and McHenry dream for a UC campus that would place major importance on undergraduate education and emphasize high-quality teaching along with research.  Their dream coincided with my own dreams and aspirations.

Dean McHenry, the founding Chancellor of UCSC, met with me at UCLA and after a lengthy interview, recommended me to the Mathematics Department at UCSC. I had several meetings with Professor J.W.T. Youngs, who was brought from Indiana University to head up the Mathematics Department. Subsequently, I was offered a position at UCSC beginning in the academic year 1966-67.  I accepted the appointment and I drove up to Santa Cruz to meet with other faculty and administrators.  Cowell College was in session and Stevenson College was gearing up for the 1966-67 academic year.  I met with Page Smith (the Provost of Cowell College) and with Charles Page (the Provost of Stevenson College).  It seemed clear that Cowell and Stevenson had filled their quota of math faculty.

I also had an especially productive and enjoyable interview with Kenneth Thimann, the upcoming Provost of Crown College which was to open in 1967-68. Thimann was already on campus and was interviewing and hiring faculty for Crown.  Following the interview, Thimann hired me as one of the early faculty members of Crown College. In 1966-67, one year before Crown began, I started teaching mathematics at UCSC and I was a resident of Cowell College.

I have often told a story relating to my interview with Thimann.  He knew of my dedication to quality teaching. He also asked me about my research and I gave him a brief explanation about my interest and work in elliptic partial differential equations.  While mathematics was not his area of expertise, he nevertheless was receptive to my explanation.  I, at the time being unaware of Thimann’s fame as a biologist, then asked him about his research.  He said something to the effect that he dabbled with topics in biology, and pretty much left it at that.  Not long afterward, I learned what a giant he was in his field – an internationally known researcher in plant physiology and microbiology, a member of the National Academy of Sciences, and a long-time distinguished Professor at Harvard.  The way he had so humbly answered me strongly influenced my admiration and respect for him.

Thimann also cared deeply about quality teaching, about the success of students in their academic pursuits, and about all of the issues that arose at Crown College, whether it be the core course, the senior seminars, issues in the dormitories, etc. This motivated me, early in my career, to become engaged in Crown College activities that included being an Academic Preceptor, working with Senior Preceptor Max Levin, being a member of the Academic Standing Committee and interacting with Thimann and Levin, participating in the Crown Core Course, and co-teaching a Senior Seminar on “Responsibility” with two Crown faculty (Euben in Politics and Gould in Philosophy).  Some years later, I served as Provost of Crown College. Prior to my retirement, I was the first Associate Academic Vice Chancellor for Undergraduate Education at UCSC.

In the early years of the campus, each faculty member had a commitment to their Board of Study (later known as a Department), and to their College.  It was different than a traditional university where a faculty member has primary responsibility only to their department.   Some faculty thought that one should be teaching only those courses in the discipline in which they had been trained. For me, that was not a conflict. I believed, and still do, that if several academics confer and study a particular topic of mutual interest, they can do quite well teaching it to others.  However, these types of conflicts and others eventually led to a reorganization of the campus and, much to my disappointment, the nearly total elimination of college courses aside from the core courses.

Crown College had faculty not only in the sciences, but in many disciplines including anthropology, literature, economics, history, political science, philosophy, and others.  For me, it was a rewarding experience to get to know and interact with faculty outside of my own discipline of mathematics.  Later in my career, the college system and the unique structure of UCSC led to my work in interdisciplinary research.

One benefit of being a member of Crown College in the early years was the way it enabled me to get to know the students in my courses.  The classes were small, often with 20 or 30 students.  Some of the mathematics courses I taught were calculus, differential equations, and complex variables.  I remember one class where almost half the students went on to earn doctorates in mathematics, while others attended graduate school in related disciplines. While many Crown students took courses in calculus from me, there were also those who took some of my advanced math courses.

A few of my math students, advisees, and acquaintances in the early years of Crown College are among the alumni who are planning the Crown Class Reunion in April 2021.  These include Jack Aiello, Nell Kolle, Marcella Laddon, Su Nerton, Lisa Rose, Henry Chu, and Jim Lapsley. The college system was key in fostering connections with students over the years and once again I will be able to see alumni from Crown College when we meet in 2021.

Crown College was the ideal place for me throughout my entire stay at UCSC.  Even after the reorganization of the campus, my strong feelings for Crown College — its students, its faculty, and its staff — never changed.  Those feelings remain with me today.