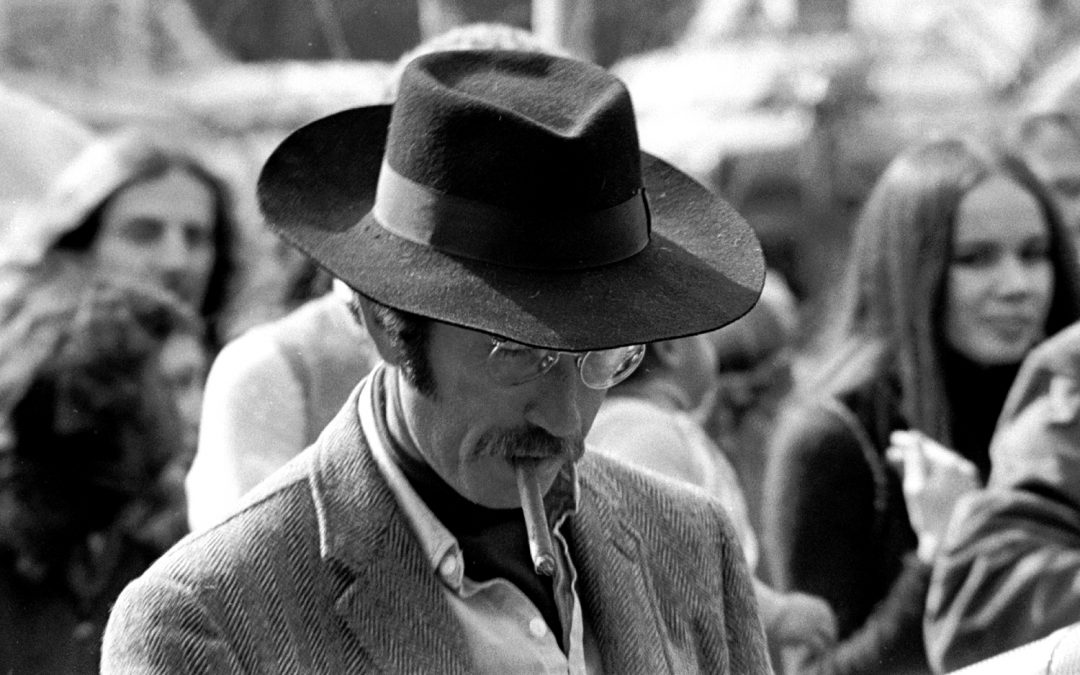 I was playing poker with David Marlowe, the chairman of the Psychology department, and he told me that the department had an opening and he suggested that I apply “if I was good.” During the interview process, Provost Kenneth Thimann, asked if I might be interested in studying the seals at nearby Año Nuevo. “Yes,” I replied emphatically (because I wanted the job although I knew nothing about seals at the time). Perhaps he was clairvoyant. I’ve spent the last 50 plus years studying seals. A year after coming to Santa Cruz, I was asked to join the biology department and that is how I became a biologist.

The late 1960s and early 1970s were exciting times. We had big, daring plans, starting a college based on the Oxbridge model: small classes, advising one on one, and college nights with high table for faculty. Most of the faculty was young, embarking on their life’s work, and enthusiastic. The students were special and had the attitude that they could achieve any goal.

Administration.  Kenneth Thimann was the Provost, a distinguished plant physiologist, a British gentleman, a pianist, and a gifted speaker.  We could not have had a finer figurehead.  He was trusted and respected.

College night. College nights were special. The faculty had a social with sherry in the Senior Common Room. It was exciting and challenging to converse with colleagues from various disciplines. How does a biologist studying seals explain the importance of his research to someone in German literature, or how does a mathematician explain what he/she does to almost anyone else? Sherry helped. Then we went down to the dining hall for dinner. Kenneth said a few appropriate words, played a short piece of appropriate music; we ate and mixed with students whom we got to know.

A serious job. I was the wine steward who selected and purchased wine for college nights and social events. I had to satisfy those with diverse tastes, as well as keep things from getting too predictable and boring. After going to a conference in France and Italy, and being impressed with the vast array of aperitifs, vermouths, and other spirits available, I decided to expand our offerings for the faculty social hour.  While admiring the colorful bar, Kenneth sided up to me and whispered: “Perhaps we should stick to sherry.”

The times. These were heady times: beatniks, bell bottoms, the Beatles, psychedelic art,  and the smell of marijuana everywhere. The attitude was anything goes. Students called professors by their first names. Speech was free and one could say anything without fear of disrespecting someone or being socially canceled. Students hitchhiked on campus and many had dogs they brought to classes; lectures were often interrupted by dog fights.

Self-expression. Freedom of expression was vital. One spring day, two female students sun-bathed in the nude on the greensward of grass. This continued for a few more days. The provost thought it necessary to speak to these young women, possibly to request that they curtail this activity. The secretary arranged a meeting in the provost’s office. The two women showed up for the appointment nude. I’d like to have been a fly on the wall to have seen how our British gentleman handed this.

Teaching in the college. Faculty were required to teach a course in the college of our own choosing, such as an avocational interest. In 1968, Lawrence Blinks and I conducted a weekly wine tasting for faculty. It worked so well, we offered a similar course for students the next year, Enology and Zymurgy. We took a dozen 21-year-old students, charged them $100 (for purchasing the wine), and they had to bring 5 wine glasses to our weekly class. A lecture was followed by the practicum, the tasting. The course was so successful that Joe Miller and I (who taught the course for the next several years) noted that more students went into the wine business than into our respective disciplines, Astronomy, and Biology.

Science at Crown. The introductory course in Crown was about science. Few scientists, however, maintained an office in the college, preferring instead to have their offices near their laboratories and graduate students in the buildings on Science Hill.  Consequently, college night provided the best opportunity for scientists to interact with Crown Fellows and students.