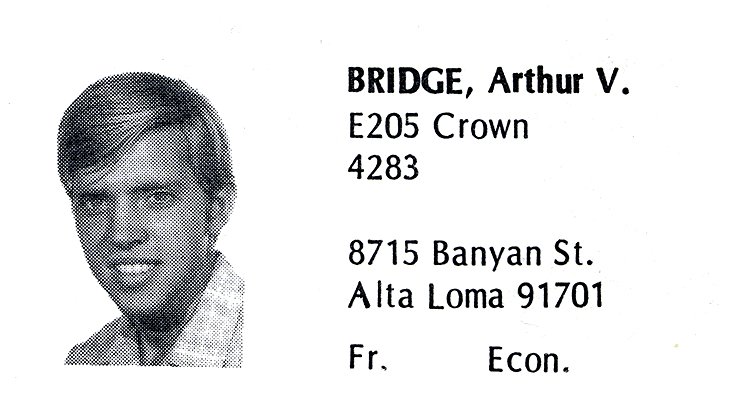 To live is to grow, to grow is to learn

I first encountered Santa Cruz in 1967 when I was seventeen – that immortal summer from which I emerged unscathed yet fashioned for adulthood. That was the summer in which young women sprinkled my cosmos like lovely, remote stars, some of whom descended to our earth.

On the way back from the solo hitchhiking trip to Los Angeles, I decided to try surfing near Santa Cruz. I stopped at a place called Pleasure Point. To be forthcoming for the history set out below, that trip to Los Angeles had been dangerous and unsettling, to say the least. This was a good place to wash the anxiety from my limbs.

Please, place no young soul on Athena’s scales: it cannot be contained long enough to be weighed. It flows like water, tumbling and bounding from one place to another. Pleasure Point had waves and one could rent surfboards. Near Capitola Beach I carried a gigantic, thick slab of a board out to the water, swam and swam to where the wave curled, tried a couple of waves, lost my board, grew exhausted, and returned. That was my one and only surfing experience. But it brought me close to Santa Cruz.

As a senior in high school, I was clearly informed of my preparation for college. I had been guided toward that future since childhood. Exactly what that meant was obscure to my consciousness. No college advising enlightened my melancholy mind. The only factors for me to consider were: would the college be sufficiently challenging and of good caliber? Would it recognize Webb as an intellectual pressure cooker and give some forbearance for my less than stellar grades? Would it be affordable and thus a California university? And would it be far enough away from Alta Loma to preclude weekend visits, but not too far for holiday trips home?

That may sound like I needed relief from my parents. That is only partially true; they needed complete relief from me. My mother had reengaged graduate school at Claremont, and my dad was commanding the fighter unit with occasional flights in the Delta Dart fighter, the F-102. He only spoke once of his feelings for the airplane, speaking skeptically of the high level of automation in air tactics and gunnery. The airplane was so advanced that it could be commanded from the ground and directed to do its interceptor mission. A trained pilot found that offensive: she or he knew that one hour’s flight took the energy of an eight–hour workday. An airplane is not a toy with a joystick. Later, in the 21st Century, the idea of a trained pilot using a video controller to fly and target with armed drone over the skies of Afghanistan would be scandalous and contemptible.

My dad and I had endured the dark ages of adolescence. To be sure, we had communicated during that time: he had ordered me to get a haircut after the summer of my seventeenth year and had informed me that we would have to share the cost of college fifty:fifty. Tuition, room, and board were then $2,000 for a nine-month school year at the University of California. There was little more in our conversation, which I see as more my own deficiency than his. My dad had found himself with human children; they had never defined him, and he did not know how to love and adore them until the arrival of his grandchildren.

To return to the college intention: in the fall of my Webb senior year I took the American College Testing Assessment again, and earned somewhere around 720 out of 800 points on the verbal score, and in a paltry 500’s on the quantitative section. This latter score showed my distaste for the scientific mind and complete lack of comprehension in geometry, chemistry, and physics. I settled on the University because it enjoyed an excellent reputation and was affordable. I was declined from UC Berkeley and accepted at UC Santa Barbara and Santa Cruz.

College. Finding words for the four years at Santa Cruz, I find “confusion,” “cataract,” “crucible,” and “catapult.” The reader may decide if these are fitting words.

In brief, I can recognize the following patterns —
In my freshman year, I floundered to find my own mind. I was in an emotional morass, unclear of what I could do or understand, deprived (or freed) of parental or adult academic guidance. My emotional sense ran from dispassionate to lonely. I did not know how or if one could take care of themselves in this dimension of our humanity. I settled on nine-month’s of enduring friends and did not date or get acquainted with many young men or women students. I was too grief-stricken from my first love the year before to explore romantic relationships with young women, although some became fast friends in study, gardening, and late-night “rap sessions.”

In my sophomore year, an enormous and lasting transformation began. I was fired by a near-death burn accident a few weeks earlier to actually open my mind to the power, discoveries, and insights of the whole of science. Because of my new pre-med orientation, I studied primarily biology and chemistry, with added helps from math, physics, and thermodynamics. I became identified with “the life of the mind.” I can see in my journals from that time an enthrallment with biological sciences and the emerging mysteries of the Ideas. It would be fair to say that my interest in theology years later was built upon the foundation laid in that year, but not in any deep belief in transcendent, theistic realities. Graduate studies in philosophy and teaching only deepened this devotion to the tradition of thought that we call the “Western mind.” It wasn’t until decades later that my heart ascended to the level of my mind and surpassed it.

A good helping of humanities, the discovery of close friends in Nat Clark, Glorianna Ferreira, Jim Lau, Milton Gee, and Trav Newton lightened the weight of my new studies in the sciences. In effect, not having done well in those fields in high school, I had to learn everything from the bottom up in every field. I discovered body surfing, gave up smoking, and set myself on a course of physical fitness that has lasted for decades. I had young women friends, but no romantic or passionate love relationships through college. That means, from the perspective of my seventies, that I left untended my emotional intelligence and deep compassion for others.

After my sophomore year, I also went to the Galapagos and South America and had a full dose of natural history in the field.

In my junior year, I matriculated to upper-division biochemistry and organic chemistry class, botany, genetics, zoology, and embryology. The close community of the previous year continued. At the end of the junior year, I traveled around the world, spending a month each in Mediterranean Europe, East Africa, and India, and Nepal. My heart and mind underwent another radical change: I moved smoothly and with conviction from the study of the sciences to philosophy, human history, and culture. Athens became my lodestone. Jerusalem would compete with Athens and philosophy in my thirties and forties, but relinquish its hold on my psyche in later decades.

In my senior year, I completed the biology major, crammed in as many philosophy classes as I could, and faced the fact that service in the US Army awaited me after college. I knew I had a love and intuition for flying, so opted for a pilot training track with the California Air National Guard after graduation. My friends like Nat and Jim were materializing their own course of action. Glorianna had graduated the year before. I was calmer, more focused, and much happier in my self-awareness. More problematic, however, was my becoming “headier” and more intellectual, the further into my academic studies I ventured. And still, I dated no women seriously. For me then and now, relationships are not “casual affairs.” I err far in the other direction of worship and admiration from a distance. One of those encounters became archetypal for me and draws its illustration from Nausicaa’s encounter with Odysseus in Homer’s book, and from thence, my own.
In retrospect, I think the best of the words mentioned above is “catapult.” UC Santa Cruz exposed me to more teachers of wisdom and acumen of heart and mind than I can mention, and gave me a standard of intellectual passion for years. At the school, I was like a “horse running to water.” I ran everywhere, between classes, up in the hills, along the beaches. Santa Cruz was the passionate life, not hedonistic, but unbounded in my wonder in discovery of many of the liberal arts. I revere Santa Cruz, the “city of the holy cross,” so much that it became the framework for a novel that expresses my love and wonder for life, and freed me with some awareness that I had done the best I could to honor it. Vale.