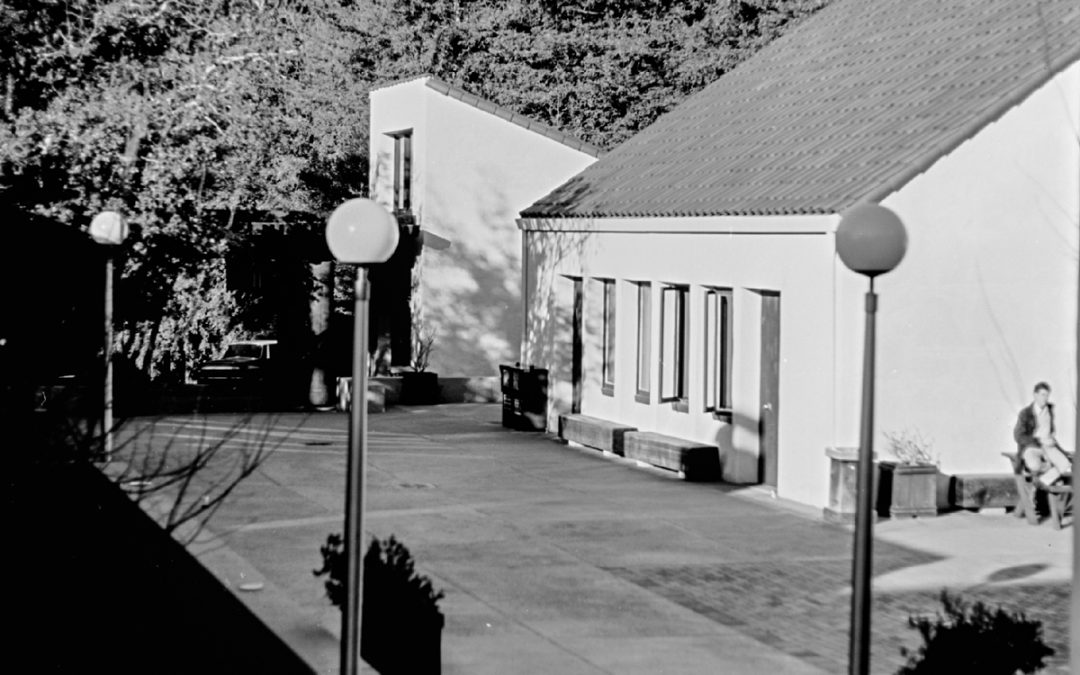 In ‘65 and ‘66 we spent a lot of time arguing with the architects. They were in Palo Alto. They had some funny ideas. But one of them I thought was the silliest. The dining hall was to be L-shaped you see. Well, anybody who knows anything about colleges knows that in the dining hall is where you have your major sessions—speakers, shows, whatever—an L-shaped building is entirely wrong. You’ve got to have a hall. But they couldn’t see that. They’re funny. Architects are so sold on their own ideas; they don’t think about how a building will be used. They had those windows facing southwest, you see, so that the afternoon sun would stream in . . . and when the kids would come in for dinner, it would be impossibly hot. They should have thought of that. So we had to get them to change it, turn it around . . . and then they wouldn’t turn it around. So then they had to make two slopes instead of one main roof slope, to satisfy their egos and mine both.

It turned out that [the architect Ernest J.] Kump had bought a place in Italy in the hills somewhere, so he was very sold on that style of architecture. I think he contributed that. Most of the work was done of course by his juniors. He had one very nice man, a sandy-haired man who was a kind of a dreamer. I took to him because he didn’t bring out plans and blueprints; he was thinking more about the buildings. I’ve forgotten his name now. He was pretty good. Kump was all right too. When we opened I had decided we would have speakers on one night a week— college night. Mr. Kump was either our first or our next-to-first . . . and he told about designing the college and arguing with me and so on. It was very entertaining.

You know as an architect he does think in completely different terms, in terms of spaces. Now we don’t think in terms of spaces; we think in terms of moving about and using the hall. So there was a lot of interest in that. As it happened, although we were in good time, the college was barely ready for occupancy in September of 1967. They were still doing finishing touches and they wouldn’t let us in. We finally got very mad and went in anyway. There were trenches all over and I was afraid students would break their legs. But we came out all right.